Difference between revisions of "Red Deer"

Deer are the hoofed ruminant mammals relative to Reindeer. Deer are found in groups ranging sizes 1-5 on any of the forest terrains. Runs at a running speed (speed 3) which makes them unable to outrun on forest barefoot. Deer should not be confused with moose which are quite a bit stronger then deer, Deer seem to be of a brighter brownish texture and quite a bit less bulky then moose.

Passive until you aggro them. 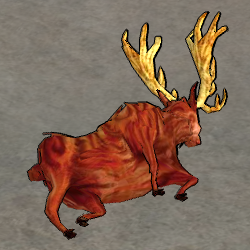 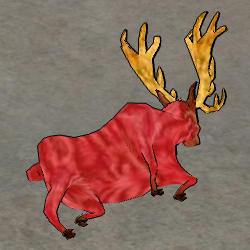 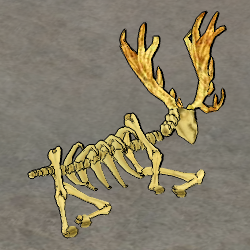 Red Deer Skeleton. Can be collected for Red Deer Antlers and Bone Material.