Archery Tower automatically fires at, and damage, any siege machine within range. Currently it is the only way to safely destroy offensive siege weapons while behind a wall.

Archery Tower need a one hour charge to start attacking other siege machines. It must be constructed at least five tiles away from any other Archery Tower. Has to be loaded with arrows. Repairs incapacitate it for one hour. 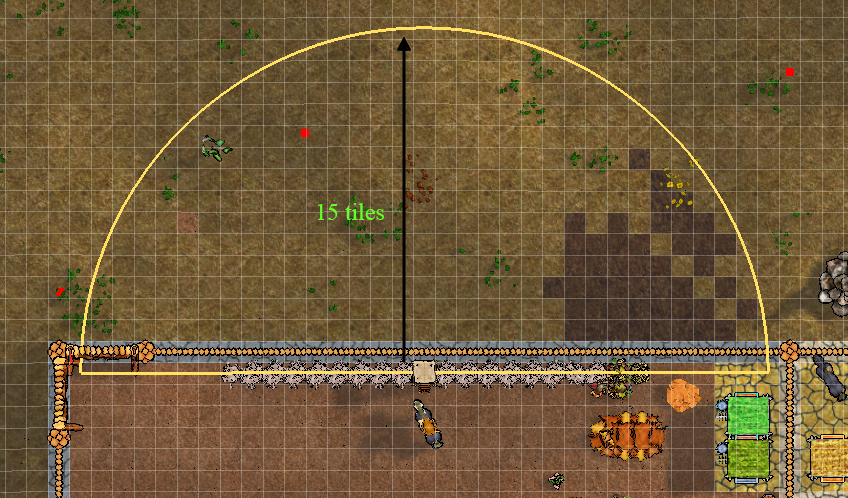 Effective radius is 15 tiles deep from the placement point, and around 31 tiles wide, 180 degrees in front of it. Cannot damage players, animals, and other Archery Towers, only siege machines such as Wrecking Ball, Catapult, Battering Ram. Effectively fire an arrow every five minutes. Quality does not matter (nor does the type of arrow), damage is fixed. Doesn't take damage when attacking unlike Catapults.

60 hours after being built, Archery Tower will begin decaying over time. Can be hand-bashed. The exclusion zone is active while the Rubble of Archery Tower remains, meaning that destroyed towers will for some time block the construction of new.