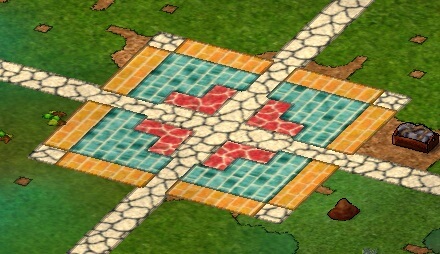 Pavement is the result of laying metal, stone and bricks, which requires Stone Working. The benefit of paving land is that stamina drain is reduced when running and sprinting and that most structures decay slowly on unclaimed paved land. 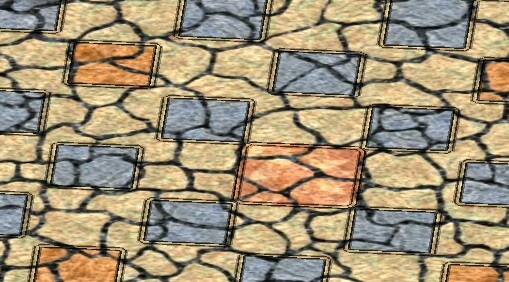 Dolomite overlaps Sandstone and Gneiss, but not Feldspar

Paved tiles overlap surrounding tiles a little on each side. When different types of pavement are placed next to each other, they follow a specific order in which one type always overlaps the other.

The general order is as follows: (any Brick overlays any Stone, etc)