Ants are found around Ant Hills. When raiding an ant hill, all the ants guarding it will attack. Because of their low hitpoints and base damage, Ants are the best creature to fight to learn the combat system.

Taking any amount of damage from Ants can result in Antcid Burns.

Passive until you aggro them. Aggroing Ants will not aggro nearby Ants or Ants of other Ant Hills.

Raiding an Ant Hill causes all nearby ants to attack. If you kill all Ants of an Ant Hill and begin to Raid it, the Ants that respawn during the time that you are raiding the hill will not aggro onto you.

When fighting Ants, it is best to quickly create one opening by using basic attacks such as punch, low blow, or kick. If your combat stats are low, you should land as many hits with your method of attack as you can until the Ants start hitting you for 2 damage. Once the Ants hit you for 2 damage, "kite" them by walking away and spamming your Side Step and Quick Dodge to lower the green and blue openings they have made on you.

Each ant swarm should be killed individually. Raiding an Ant Hill causes all nearby ants to attack, so killing them beforehand is a valid tactic for raiding it without taking damage, given that attacking one of the Ants will NOT aggro the rest. The respawn rate of Ants is very rapid though, so this method is not advised without decent combat stats. Being attacked by multiple ant swarms will quickly overwhelm you and create large blue and green openings, leading to inevitable unconsciousness. Ants that are piled ontop of eachother are particularly deadly. 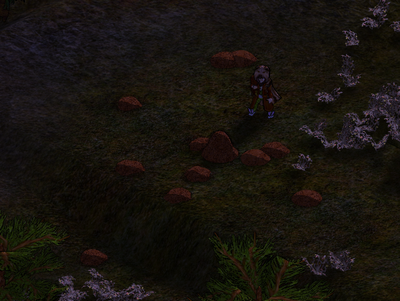