Ice Block is an object that can be produced from frozen water tiles during the winter season, when most rivers and bodies of water freezes over along with growing snow enveloping most of the world.

Player can right click the Ice Block to "shave snow" from it, producing anywhere from 10-16 snow pieces per block.

Ice Blocks, when stored, can serve as a quick and easy way for players to obtain snow for later to craft Cold Compresses (as they can melt and cannot be stored for long) and Fruit Sorbets. This is especially useful for players who live far away from mountains with snowcaps, as that is the standard way of acquiring snow during warmer seasons.

Ice Block can be produced by digging from a frozen water tile using a pickaxe. 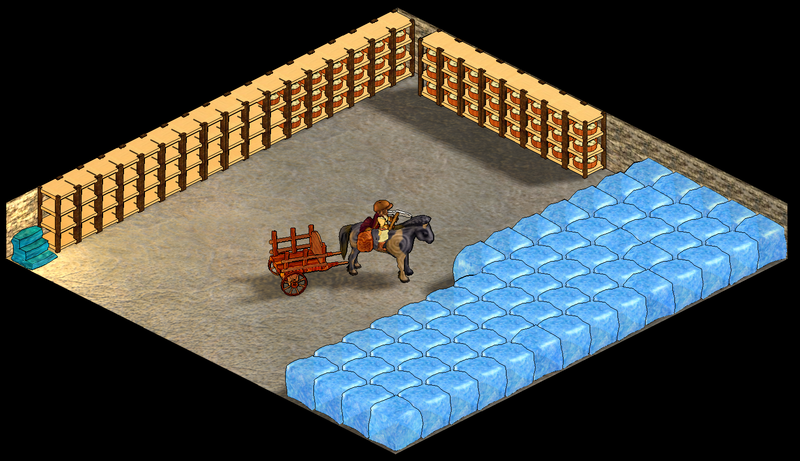