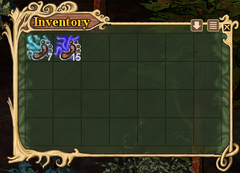 Foul scents are produced whenever a criminal action occurs and can be used to try to track down the perpetrator when online, the perpetrator's hearth fire when offline, and to track stolen property.

Each time a scent is left, it does 1 SHP damage to the perpetrator.

Scents last a certain amount of game days before disappearing and their discoverability is determined by the perpetrators Intelligence and Stealth. Whenever a hearthling has a potential to see a scent, the server performs a dice roll using the observer's Perception and Exploration vs the perpetrator's Intelligence and Stealth. Failing this roll, the character will not see the scent. If successful, the degree of success of the roll will determine how many times the scent can be used to track the perpetrator.

A scent can be picked up an unlimited number of times before it expires. However, a container (including your inventory) can only hold 1 scent from a particular crime spot at a time. Scents do expire in your inventory or containers.

Scents of Vandalism, Battery, Murder and Theft can also be used to craft a Nidbane Fetter which if used in conjunction with Runed Dolmen, will sumon a Nidbane and allow you to take revenge on a player. A Nidbane persists even if the scent it is tracking expires. Once let loose the Nidbane always needs to be either destroyed in combat, or undone at the Runed Dolmen, by removing the Fetter from the Dolmen. A Touch of Vengeance (2016-01-13)